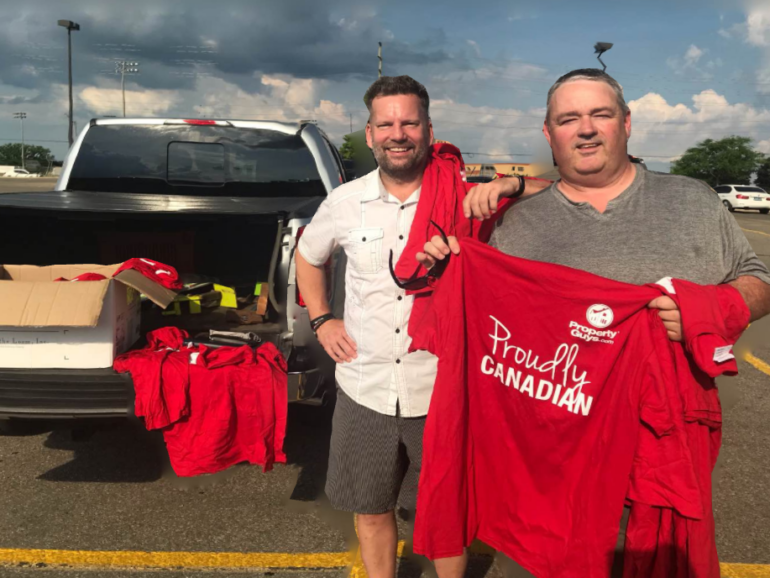 For many entrepreneurs, the early years in business can often feel like an uphill battle. Building brand awareness, earning trust, learning the ropes – it can be tough. But for multi-franchise owners, Mike Macartney and Dave Penrith, the results from their first year in business have been rather atypical. Likely, in part, because of the atypical approach they’ve taken right out of the gate.

New is an Advantage

The Merriam-Webster dictionary definition of ‘new’ is: (1) having been seen, used, or known for a short time, (2) unfamiliar, (3) being other than the former. This word, in the context of business, is not always utilized or seen as an adjective of power.

Unless you’re Mike and Dave.

In fact, the two share that they view their ‘newness’ as an advantage as it has largely contributed to their unbiased approach to the business. Relatively speaking, they believe that there are, “three things that kill almost every business – some fast and some slowly – and that is:  staleness, complacency and people getting comfortable.”

Dave further goes on to share his favourite all-time quote by none other than Albert Einstein which is, “you can’t solve a problem with the same mind that created it.”

In other words, fresh minds are not only helpful to but necessary in moving industries forward.

Despite being relatively ‘new’ to the PropertyGuys.com network, Mike and Dave have consistently been top producers and contributors within the system. They discuss having learned a lot from what they call their past life (i.e. their former corporate jobs) and indicate that they have pulled significant lessons forward that they actively now utilize in the running of their franchises. The two key factors being:

They suggest that rather than striving for perfection and over-analyzing, it’s important to just keep moving in the direction of your goal. And the ever-revolving door of Coming Soon, For Sale and SOLD signs moving through their location is a very clear indicator that this strategy works.

Dave recalls Mike bringing the opportunity of PropertyGuys.com to him initially and states that they “discussed it fairly briefly but there was something that just clicked for them about the idea.” He further states that they’ve been laser-focused on building their business and presence in the Kitchener-Waterloo and Cambridge areas ever since.  When asked how the duo complement each other in business, Dave laughs and states, “I could write a book about this!”

All kidding aside (which is hard for them), the two easily acknowledge their mutual respect for each other, as well as a recognition of their differences and how they leverage their individual variances in order to grow their business. As they gain momentum in their area, they have adapted a divide-and-conquer approach whereby they share the weight of what needs to be done whether it be taking on leads, talking to clients, posting to social media or maximizing their bandit sign strategy. However, they recognize that as their business picks up and their scope expands, they have begun to identify clear roles and responsibilities for each other in order to continue to build their brand and business.

In bold similarity to how they run their business, Mike and Dave have a very clear, very straight-forward answer for what they see for the future of PropertyGuys.com Kitchener-Waterloo & Cambridge.

In their own words, “we envisioned the PropertyGuys.com model as an evolution in the real estate game. Things change and we want to be on the cutting-edge providing solutions for that change.”

We’re PropertyGuys.com and we’ve perfected our bold approach to real estate over the past 23 years. As North America’s Largest Private Sale Network, we’ve helped over 100,000 home sellers discover A Smarter Way to Sell™.